‘Sarah, they want me to come work for them!’ Tom shouted. Sarah cheered with him and congratulated him on getting his first job. They both had graduated from university and have been looking for jobs. Tom was the first to get one and they agreed to move out of their old apartment in Portland, Oregon and move to a nice, small house in the town where Tom got his first job: Reno, Nevada.

‘Now you can finally start working on your birthday present, Tom….you know you promised me!’ Sarah had said repeatedly to her boyfriend.

It was two years since Sarah, who found me in the old barn, gave my keys to Tom, her boyfriend as a birthday surprise. He had promised to Sarah and her father that he would take care of me and restore me to my previous beauty. Clean my skin, check out my heart and arteries, give me new brakes, wheels, tyres….That was two years ago. The only thing Tom did was move me again to another old, smelly garage somewhere in a big desert.

‘It is time, little fellow!’ Tom shouted. Well, I have heard that before but everytime someone said that, they just moved me to another old, dusty place. I was getting tired of all those promises and almost accepted this was the way i was getting old and would finally…..

‘I know I promised to fix you up, but now I can finally deliver on my promise’ Tom said while removing the old blanket from my skin and exposing my old body to the desert sunlight pouring into his tiny garage. 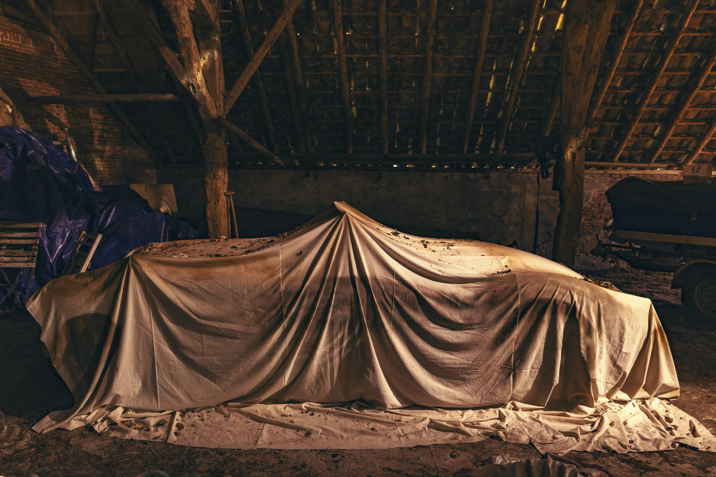 ‘You know’, Tom said, ‘I was just scared to start taking you apart, when I was not sure I could actually put you together again. You need special care from people who know exactly how to make you look as new again…a complete make-over done by the best surgeons for beautiful English babies like you! So this is what we are going to do’ he continued. ‘First we are going to carefully take you apart, step by step. Take the engine out and get her examined by a specialist. Take all other parts from your body so we can have a good look at your naked body. Don’t worry, I won’t laugh. You are only 26 years old, so you’ll be fine. I want to give you back your original body color because Sarah and I think that is what you deserve.’

Tom kept talking to me and in his voice I could hear that this time he was dead serious. Would it finally happen…would he finally bring me back to life again? My original body color, my engine restored, oiled and greasy again? My old wheels, tyres and brakes renewed and ready to roll?

‘Iris blue’ Tom continued. ‘That was the color they gave you at birth. I know, because I found your birth certificate from when you were born in Abingdon. Also, when I looked behind your dashboard I saw they forgot to paint you black on that spot.’ 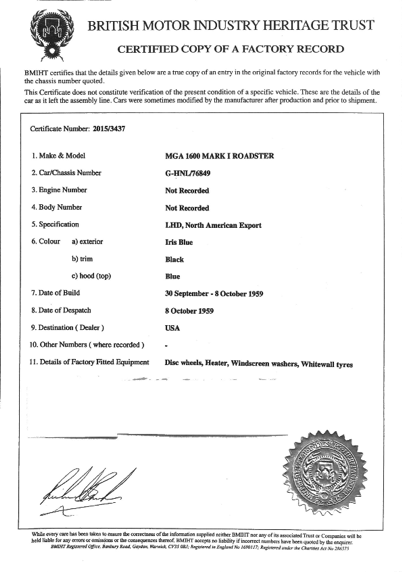 ‘Hi Tom, ready to start?’ Another voice shouted. ‘Still need your brother to help you with the technical stuff, huh little brother!’ Tom’s brother was dressed like the men I have seen before when I was sometimes driven to the circuit for weekend racing: big guys with smudgy overalls smelling of oil, grease and gasoline. But these guys always knew how to bring me back in shape again…car surgeons. My heart was jumping with joy…but also I was scared: could they really fix me?

‘First, Tom, we are going to take the engine out and check her thoroughly. Hopefully she is okay, but we need to be sure. If not, we will bring her to an engine doctor…I know a good one in the area here…’ 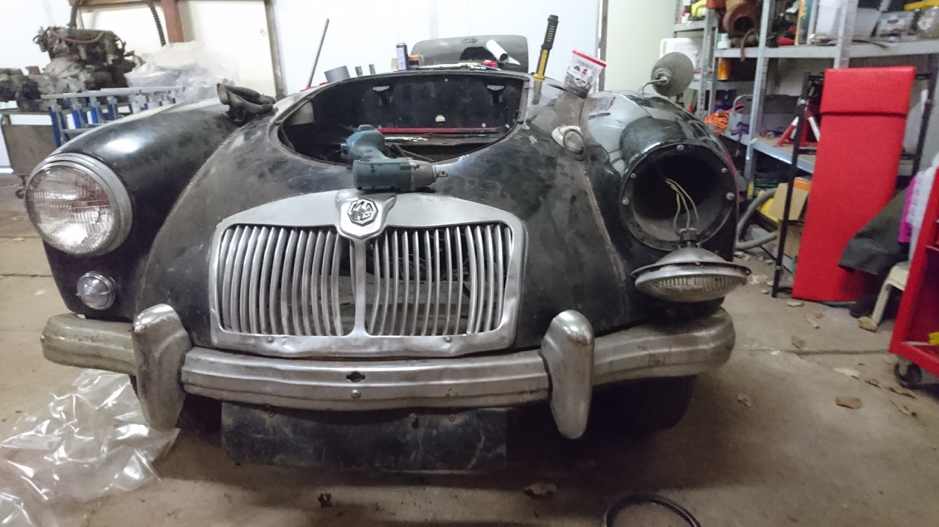 It hurt a little when Tom and his brother started unscrewing the rusty bolts and nuts which held my engine in place, but after a couple of hours they managed. Finally, they lifted my engine heart from the rest of my body. All the parts in my boy were hurting….I feel old…really old.. 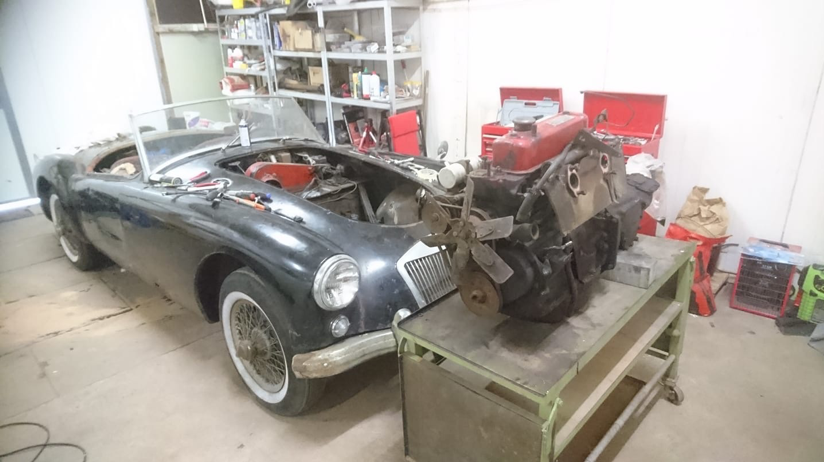