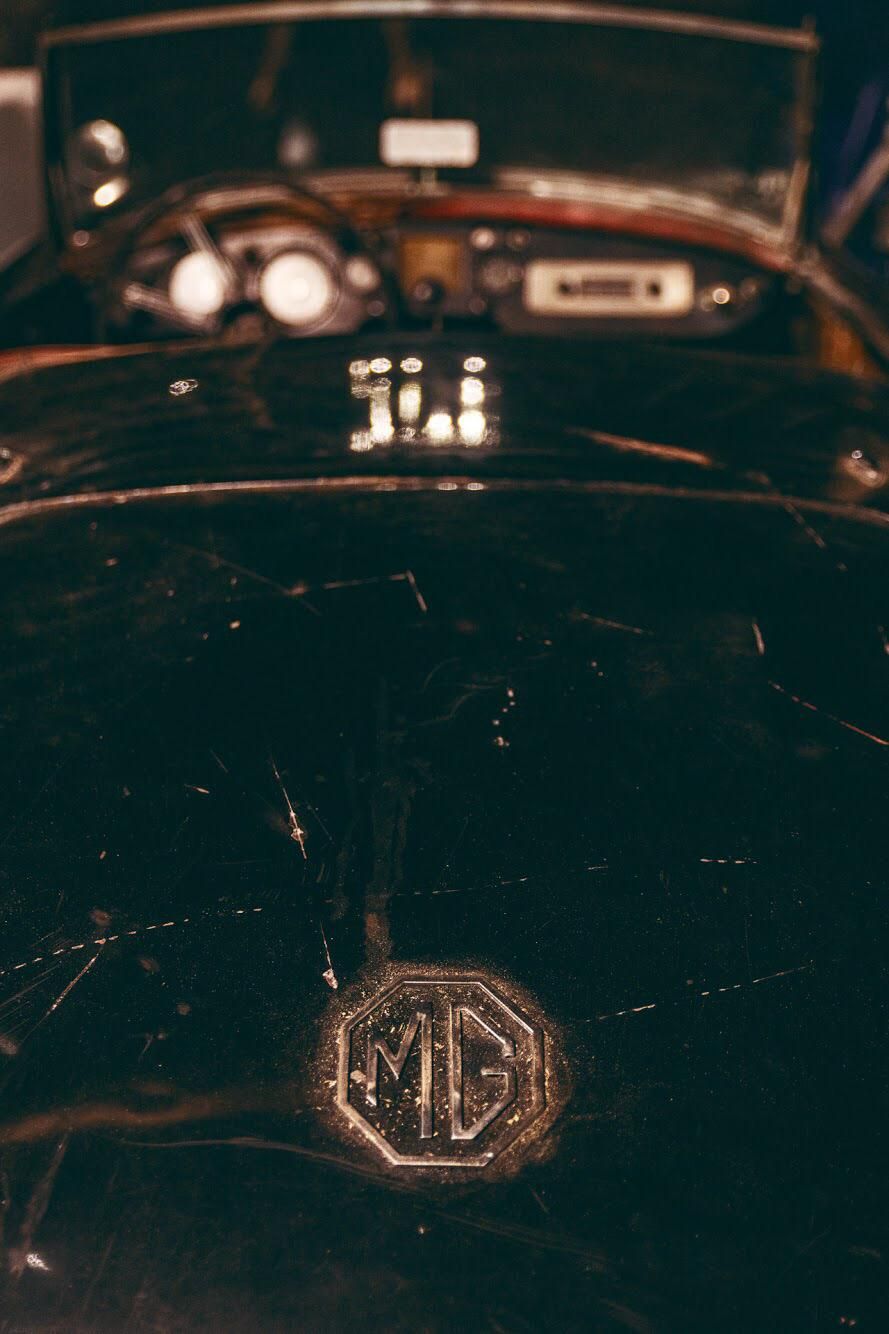 Sitting behind my wheel was a girl I had got to know over a decade ago. Sarah, now a young woman, with hair light and shiny. She carried the smell of almonds, with eyes strong and full of determination. Her heart was pounding so loud, that I could feel it through my seat fabric. “He’s going to love you, just like I do.” she shouted with excitement. Her father was observing us from the doorway. “She still needs a lot of work done.” He muttered. “She might even need an engine transplant. This isn’t a present, it’s a project!”. My rusty joints squeaked in protest as Sarah pushed open the door and stepped out of me. “Oh dad…” She sighed. “Remember how you felt when we first found her in that old barn? She deserves a new life. And I’m sure Tom will agree.” Her father frowned. “Ok then. Phil said we could borrow his. I’ll go pick it up.”

I wasn’t sure what they were on about, but I hoped it would mean firing my own pistons again. They had been idle for so long that I had almost forgotten the feeling. Nobody likes to be pushed around. But I hadn’t been able to move myself for years. This is no life for a car. I want to be driven. Feel the wind through my panels. The rain trickle down my windscreen. My tires caressing the tarmac. To see the world beyond this small garage and how it has changed.

An hour later, Sarah’s father pulled up on the driveway in front of the house. His car sounded different. I could hear three sets of wheels running through the gravel. Sunlight poured inside the garage as he opened the door, each panel slowly moving upwards, giving way to the next. As my headlights adjusted to the brightness, I could see what had caused the new sound. My heart jumped. Attached to the back of Sarah’s fathers’ car was a trailer. It looked just like the ones I had been on many years before. Back when they took me to the races. Then my heart sunk. I am in no shape to be racing… My chassis is rusty and my rubbers are dry. Where are they taking me? The junkyard?! NO! I clenched my brakes with all my might.

“My god!” Sarah father panted as they tried to push the MGA 1600 out of the garage. “This care feels like it has gained a ton in weight since we found her.” Sarah laughed as a drop of sweat ran across her face. “Are you sure you didn’t leave the handbrake on?” With great effort, they managed to roll the small black car across the driveway and onto the trailer. “Ok sweetheart.” Sarah’s father said. “We leave first thing in the morning.” Sarah looked at her father with a big smile. “This will be a surprise Tom will never forget!” she said hugging her father tightly. Her long shiny hair gently waving in the breeze.

Tom is still half asleep as Sarah gently kisses the tip of his nose. Tom sniffles, then softly moans and turns to his other side. Sarah smiles. “You never were a morning person.” she thought. Time for a less subtle approach. Sarah turns on the radio on the nightstand, causing the song “Wake me up before you go go…” to fill the bedroom.

Tom’s eyes are still shut, but Sarah can tell he’s not asleep. She jumps on the bed, using a hairbrush for a microphone and starts singing along to Wham! “Cause you’re my lady, I’m your fool. It makes me crazy when you act so cruel. Come on, baby, let’s not fight. We’ll go dancing, everything will be alright.” Tom opens one eye, looking at Sarah singing and dancing like crazy on the bed in front of him. “What got you so excited about this morning?” He smiled. Never a dull moment with Sarah. This girl had won his heart.

Sarah drops down to give Tom a big hug and a smouldering kiss. “Good morning and happy birthday baby.” Her eyes sparking with excitement. “I have a surprise for you! There’s only one catch. You have to get out of bed to find out what it is.” Reluctantly, Tom gathers himself and steps out of bed. Still sleepdrunk, he puts on the trowsers and a t-shirt that are hanging across a chair. “Can I at least take a shower first?” he asks yawningly. Sarah takes something from the back pocket of her denim jeans and holds it in front of her.

“What is that?” Tom asks as he wipes his eyes. He takes another look and recognizes the small object in Sarah’s hand. “An old key? For what?” Tom is puzzled, but also very curious. Sarah’s raises her left brow as her eyes begin to light up even more. “Come stand over here you’ll find out.” Sarah takes Tom’s hand and leads him to the window in front of the house. “Stay here honey, and close your eyes until I say you can look. OK? No peeking!” Tom can smell a fresh breeze enter the room as Sarah opens the window.

Sarah runs downstairs and walks to the garage, where her father is already waiting for her. “Still not a morning person ey?” he smiled at his daughter. Together they pushed the car out of the garage and in front of the window where Tom was standing. His eyes are still shut, but he can hear something is going on. His heartbeat rises. “OK Tom, you can look now!” Sarah shouts with excitement. As Tom looks down from the window, he can hardly believe his eyes.

“Wow… No way! A car? How… What… Sarah… why did you…?” Tom is flabbergasted. “Never mind that, just come down here and check her out!” Sarah laughed back at him. Tom flies down the stairs and out through the door.

Tom wraps his arms around Sarah and swings her around, sending her feet flying through the air. Full circle, then another. He sets her down again and kisses her long and hard. Tom: “You are crazy!” … “And that’s what you love about me.” Sarah adds to his sentence as she pushes the key into Tom’s hand.

Sarah’s father is looking at the young lovers from a distance and gently coffs. “She still needs a lot of work.” He says carefully. Tom walks towards the car, swings one leg over the driver’s side and steps into the car without opening the door. Sitting down behind the wheel, he slides the key into the ignition and turns it. Nothing happens. Sarah leans over the bonnet and gives him a defying look. “She’s yours, on one condition. You have to fix her up.” Tom looks back at her and says “Challenge accepted!”

Together they push the MGA back into the garage. Tom looks at Sarah and asks: “Now tell me… where does she come from?” Sarah smiles. “That’s a long story…”